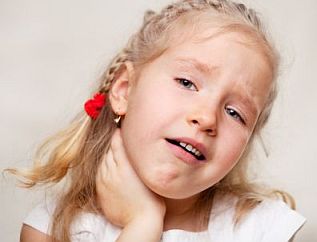 Botulism is a food-borne illness that is caused by a toxin (botulin) produced by Clostridium botulinum bacteria. These bacteria grow in low-acid foods in the absence of oxygen and at a temperature between 40 degrees and 120 degrees F.

Not to be confused with more common food related sickness

I can remember as a kid hearing my mom talk about the “b” word, and she was always very careful with the food she provided, because of her fear of it. Although most of us have become ill a time or two from the food we ate, it is unlikely that many of us have experienced botulism-a serious and rare form of food poisoning.

What happens when you get it?

Symptoms of exposure to the botulin toxin can set in anywhere from 4 to 36 hours after ingesting the bacteria. Since it can take as much as three days to affect us, it is sometimes difficult to determine which food was contaminated with the toxin.

Ingestion of this toxin has serious effects on the nervous system. Symptoms may include vision problems, speech difficulty, inability to swallow, and difficulty breathing due to paralysis of the respiratory system that gets progressively worse and may even be fatal. Survivors often have long-term problems even after the life-threatening aspect of illness has passed.

Interesting Fact: Botox, a popular brand-name wrinkle treatment uses the botulin toxin to paralyze the targeted muscles in the face, so they flatten out and look smoother. The theory is that they use such small amounts of the toxin, that the patient generally will not become sick from it.

If botulism is caught in time, it can be treated with an antitoxin. If left untreated, it can result in a long hospital stay or even death.

Foods most likely to be affected

As I mentioned, the botulin toxin is usually produced in low-acid foods, such as smoked fish, luncheon meats, sausage, canned vegetables such as corn, beets, green beans, asparagus, mushrooms, ripe olives and canned meats such as tuna and ham.

However, there have been several reported incidents where botulism showed up in unlikely places, when the right conditions existed including temperature and an anaerobic (oxygen-free) environment to produce the toxin unexpectedly.

I should also note that most cases come from consuming home-canned, low-acid foods that have not been properly processed.

Caveat: Honey should not be fed to infants because of the potential for contamination. Bees, when they gather nectar, will naturally pick up some of these bacteria and mix them with the honey they make. An adult’s immune system can handle this small amount of Clostridium botulinum bacteria, but it could be fatal to an infant. Some estimates put more than half of botulism cases as occurring in babies.

What you can do to avoid getting sick?

You can’t always control the way foods you eat are handled. When you eat out either in a restaurant, at a potluck, or as a guest in someone else’s home, you are counting on the people in charge of the food preparation to use safe methods.

Here are some things you can do to avoid getting sick:

--Refrigerate leftovers promptly and do not eat foods that have been left out overnight, even if they look and smell okay;

--If you can your own foods, make sure to use proper canning methods that take into account that low-acid foods are particularly vulnerable;

--Do not use decorative oils as food or if you make your own herb and garlic oils, keep them refrigerated;

--Avoid using out-of-date canned foods or those with dents, bulges or broken seals;

--Don’t give honey to infants;

--Take particular care if you are in charge of food fed to children, the elderly or those in poor health.