Recently, a friend asked me about something called the "Glycemic Index Diet" or GI diet, and I promised her I would take a look at it. There are so many varied approaches to weight loss—from the ridiculous to the sublime—if I tried to list them all, I would probably run out of room, out of time and out of patience!

The glycemic approach is just one of them and actually may have some merit, at least in terms of learning about how different foods affect your ability to lose weight.

In simple terms, the Glycemic Index Diet, as the name suggests, is based on something called the Glycemic Index. This is a way of comparing carbohydrate foods based on their immediate effect on blood sugar levels. The highest glycemic foods will release glucose (sugar) almost instantly into the bloodstream while the lower glycemic choices will take much longer to digest, and the glucose will be released more gradually into the bloodstream.

Why do we care?

With the rise of obesity, diabetes and heart disease, the way your body handles carbohydrates has become an important issue. It seems advantageous for most people to include lower glycemic carbs more often than the higher glycemic ones. The reason for this is that the speed and amount of glucose entering your blood has an effect on insulin levels, and insulin levels have a lot to do with the way you feel and how much fat you store.

It appears that one way to keep your insulin levels normal is to maintain a gradual, steady release of glucose into the bloodstream, while avoiding the surge caused by high glycemic foods. This seems to be more easily accomplished by eating foods that are lower on the glycemic index and therefore, digest more slowly. This is particularly important for pre-diabetics, diabetics and those trying to lose weight.

It's in the numbers.  The glycemic index has a range from 0 to 100, with 100 being pure glucose and 0 indicating no or negligible effect on blood sugar. In general, foods that have a glycemic index of 55 or below are considered lower glycemic foods, foods with a value between 56 and 69 are medium glycemic foods and those with a GI value of 70 or above are high glycemic.

The problem is that due to differences in testing techniques, food composition and individual physiology, experts can’t seem to agree on some of the GI values. Although this is a valid concern, there is a general consensus on many foods and food categories that lends some clarity to those interested in the glycemic index diet.

Certain foods have no significant effect on blood sugar.

There are a number of foods in the list that would score zero on the GI scale, which means that they would have little or no effect on your blood sugar. These include the following: 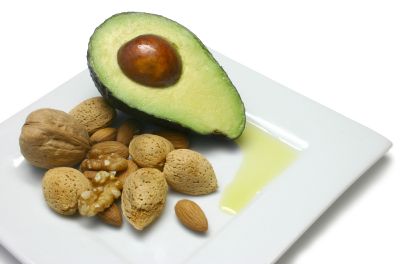 Other foods are sure to cause your blood sugar to spike with a corresponding flood of insulin:
Cake, Candy, Cookies, Cream of wheat cereal, Dates, Doughnuts, Instant oatmeal, Most boxed breakfast cereals, Saltine crackers, Rice cakes, Sugar, Waffles with syrup, Watermelon, White bread and other Products made with white flour.

To add to the confusion, there is also something known as the glycemic load. This a concept that not only takes into account the GI value of the food--that is how quickly the food releases glucose into the bloodstream--but also the amount (in grams) of carbohydrate in the food. These two factors will determine not only how high the blood sugar level will rise, but also how long it will remain elevated. This is important, because the length of time the blood sugar remains high has an impact on health, both now and in the future.

So what about the Glycemic Index Diet?

Although I am generally against anything called a “diet,” because it suggests that you go on it for a time, and at some point you go back to eating “normally,” the Glycemic Index Diet seems like a better choice than simply cutting carbohydrates. Research has shown that eating lower glycemic carbs is correlated with less risk of disease, but there is no benefit to your health shown by simply eating low carb. This is partly because many lower-glycemic foods, such as vegetables and fruits, seem to provide protection against disease, because of their high nutrient content, including vitamins, minerals, fiber and phytochemicals.

If you look at diets, such as the South Beach Diet, you will find that they are using a similar concept to the Glycemic Index Diet. In the early phase of this diet, you virtually eliminate all but low glycemic foods. Later, you add some of the higher glycemic foods back into your food plan, but only in moderation.

Even if you don’t officially go on the Glycemic Index Diet, here are some things you can do that use the glycemic index to your advantage:

(1) Familiarize yourself in a general sense with high and low glycemic foods.

(3) Choose lower glycemic foods on a daily basis, including most vegetables, whole grains, legumes, nuts, seeds and many fruits.

(5) For breakfast, when you eat carbs, especially high-glycemic carbs, combine them with healthy protein foods and healthy fats.

(6) Resist consuming large amounts of high-glycemic foods, even healthy ones.

Click here for a printable copy of a specific list of low, medium and high glycemic foods.

Whenever someone asks me about a particular diet, I always tell them that the best plan is to eat a variety of whole foods, including vegetables, fruits, legumes, nuts, seeds, whole grains, low-fat dairy, lean meats and monounsaturated fats, paying particular attention to portion size.

Finally, although nutrition is important, it is a mistake to focus so much on the composition of your food that you forget to enjoy it!