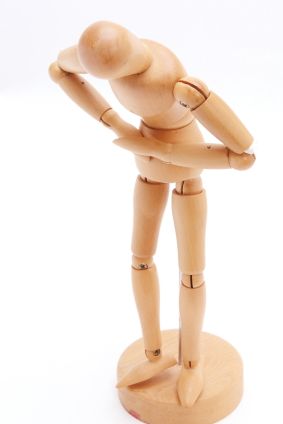 We have all had experience with it, some of us more often than others, but it is we all can agree that it is very unpleasant. Although this description could apply to a number of things, the topic here is foodborne illness, sometimes called food poisoning. Literally millions of people fall victim to this malady every year, with symptoms ranging from mild discomfort to severe illness and even death.

The most vulnerable among us--the elderly, children, pregnant women and those with underlying health problems--are the most at risk from foodborne illness.

How food makes you sick

There are two major ways that food can poison you and make you sick. Foods contaminated with bacteria such as Salmonella, Listeria, or E-coli can wreak havoc on your digestive system.

Then there are foods that contain toxins, either naturally or as a result of microbes such as Staphylococcus or Botulism. Both types can cause severe symptoms and even death.

I recently had personal experience with Listeria--TWICE--from old-fashioned peanut butter.  For several years, we purchased only one brand of peanut butter that was found in the refrigerated section of the grocery store.  It tasted better and I thought that, since it was refrigerated, it would be less likely to be contaminated.

For several months, I felt unwell, on and off, and several times, I actually got nauseated to the point of losing my stomach contents.  I was baffled, since I rarely feel sick, and was beginning to think something was seriously wrong. (I drank a lot of digestive tea in those two months, and took DGL, which helped.)

Fortunately, we ran out of peanut butter and we couldn't find the brand we usually buy.  I checked online and found out that this peanut butter had been recalled due to Listeria contamination!  As soon as I stopped eating the contaminated peanut butter, all my symptoms went away and I felt normal again.

Then, a few months later, it happened again with a different brand, and this time I got a notice from the online retailer from whom I had purchased the peanut butter, so I was able to discard the contaminated product for a refund.

I wish I knew why after years and years of eating peanut butter with no ill effects, I had two different occurrences within a few months, especially since Listeria contamination in peanut butter is easily avoided with proper food processing techniques. It is also interesting that my husband ate the same peanut butter, but had only very mild symptoms by comparison.

-Refrigerate foods immediately after the meal

-Keep raw foods cold until ready to use

-Thaw frozen foods in the refrigerator—not on the counter top

-Marinate foods in the refrigerator, rather than on the counter top

-Wash hands after using the restroom

-Separate cutting board and utensils for meat and other foods

Caveat: Raw eggs may be infected with salmonella bacteria. If a recipe requires whipped egg whites that are not later cooked, or other forms of raw eggs, please consider the possibility of salmonella contamination, especially if serving the dish to children, the elderly, of those with underlying health problems.

What else you can do to avoid getting sick

-Most food-borne illnesses are NOT detectable by smell, but if it smells off, throw it out!

-Use leftovers promptly, preferably within 4-5 days

-Pay attention to “use by” dates especially on dairy products and meat. goods

-Use proper home canning methods to keep food from spoiling