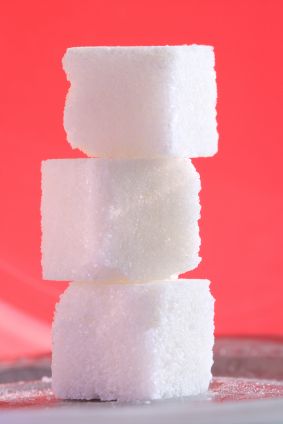 The glycemic index (GI) is a way of comparing carb foods based on their immediate effect on blood sugar levels. The highest glycemic foods will release glucose (sugar) almost instantly into the blood while the lower glycemic choices will require much more time to digest, and the glucose will be released more slowly into the blood.

Why is the glycemic index important?

With the rise in the incidence of Type II diabetes, heart disease and obesity, the way the body handles carbs has become a vital issue. It seems beneficial for most people to include lower glycemic foods more often than the higher glycemic choices. The reason for this is that the quantity and speed of glucose entering your blood has an effect on insulin levels, and insulin levels have an effect on the way you feel and how much fat you store.

It appears that one way to keep your insulin levels normal is to maintain a steady, gradual release of glucose into the blood, rather than the surge caused by high glycemic foods. This seems to be more easily accomplished by eating foods that are lower on the glycemic index and therefore, digest more slowly. This is particularly important for pre-diabetics, diabetics and those trying to lose weight.

Please note that fruits and vegetables are fresh and uncooked, unless otherwise indicated.

Experts cannot seem to agree on some of the exact GI values, due to a lack of uniformity in testing methods, food composition and physiology of individuals, so I haven't included glycemic index numbers for the foods listed.

Some foods have no significant effect on blood sugar.

There are foods in the list that would score zero on the GI scale. In other words, they would have little or no effect on your blood sugar. These include the following:

Ways to lower GI of foods

There are some ways you can affect the glycemic index value of certain foods you eat:

--Eat whole fruit and vegetables, rather than juice versions.

--Serve pasta while it is still firm, al dente.

--Eat baked potato with skin, if possible.Use old-fashioned rolled or steel-cut oats rather than quick-cooking oats, and don't overcook.

No discussion of glycemic index would be comlete without mentioning glycemic load. This is a concept that not only takes into account the GI value of the food, that is how quickly the food releases glucose into the blood, but also the amount (in grams) of carbs in the food. These two factors will determine not only how high the blood sugar level will rise, but also the length of time it will remain elevated. This is important, because the amount of time the blood sugar remains high has an impact on health, both now and in the future.

Foods are usually divided into three groups with regard to their glycemic load:

--Foods with a Low glycemic load will have a value of 10 or less.

The glycemic load of a food will depend on the serving size and can be figured using this equation:

Rather than spending a lot time figuring the glycemic load of the foods you eat, a shortcut is to simply eat higher glycemic foods in smaller amounts or combined with protein foods or low-glycemic carbs. At the same time, eat more lower glycemic fruits and vegetables and whole grains, and avoid foods with a lot of added sugar, such as candy, soft drinks and baked products, especially those made with white flour.

The glycemic index of foods is most important when foods are eaten alone, such as for breakfast or snacks. A high glycemic breakfast or snack will send your blood sugar soaring and cause a flood of insulin into your bloodstream, and then a corresponding drop in blood sugar a few hours later. This is a roller coaster you don't want to ride on, since you will go from a sugar high to a sugar low, and be left feeling sluggish.

However, if you choose low glycemic snacks, or combine one of the healthy high glycemic foods with a protein food you will avoid the spike in blood sugar that could affect the way you feel and your long-term health.

This means if you have a piece of fruit as a snack, have some nuts or a piece of cheese with it. If you have toast, make it whole grain with old-fashioned peanut butter. Put some sliced almonds on your oatmeal. Eat a piece of string cheese or a handful of cashews with your grapes. Top your baked potato with a small amount of cheese and lots of veggies.

Fun Fact about High Glycemic Foods: How a food is prepared, particularly how long it is cooked can have an effect on its Glycemic Index value. Starchy vegetables have a lower glycemic value when eaten raw or lightly cooked than when fully cooked. This is because cooking foods changes the complex starches into more simple sugars that digest more quickly. In the same way, pasta cooked al dente (still firm) has a lower glycemic value than fully cooked pasta.

Here is a list of Don't and Do's for high glycemic foods to help you take advantage of the glycemic index.

-Don't consume large amounts of high-glycemic foods, even healthy ones.

-Don't include white bread and products made from white flour a regular part of your diet.

-Don't eat higher glycemic foods, even healthy ones, without adding some protein food.

-Don't fixate so much on the composition of your food that you forget to enjoy it!

-Familiarize yourself in a general sense with high and low glycemic foods.

-Eat fruit, particularly bananas, when just ripe, but not overripe.

-Choose whole-grain breads with seeds, cracked wheat, oats or other nuggets and made with a minimum of sugar.

-Choose lower glycemic foods on a daily basis, including most vegetables, whole grains, legumes, nuts, seeds and many fruits.