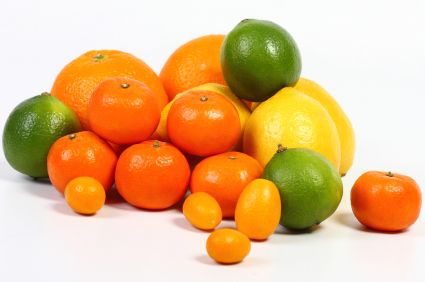 Ascorbic Acid is the name for an active form of Vitamin C, a water-soluble vitamin that has been the subject of a great deal of controversy, especially with regard to dosage and disease prevention.

Nobel Prize winning scientist, Linus Pauling, suggested that Vitamin C is more than a vitamin, and recommended it to prevent or lessen the severity of the common cold. In order to achieve a therapeutic dose, Dr. Pauling himself took a powdered form of ascorbic acid for much of his life.

Vitamin C has also been correlated with the prevention and treatment of cancer and heart disease. However, there are conflicting studies regarding this benefit, so from a scientific standpoint, the jury is still out.

This vitamin can be destroyed by oxygen

Vitamin C is easily destroyed by oxygen, so fruits and vegetables, as well as fruit juices, should be stored in airtight containers and consumed as fresh as possible.

Here is a summary of the role of Vitamin C in your healthy diet.

Fun Fact for Ascorbic Acid: Sailors in the British navy were given lime juice to prevent scurvy (Vitamin C deficiency). Thus they were given the nickname "limeys."

In general, people who live in more developed countries like the U.S. get enough Vitamin C. However, those suffering from eating disorders or living in impoverished circumstances may not be eating enough to get sufficient Vitamin C in their diet.

Although citrus fruits are traditionally considered the best source of Vitamin C,vegetables, such as broccoli and potatoes can also provide significant amounts of this important vitamin.

Caveat for Ascorbic Acid: Cigarette smokers and tobacco chewers are more susceptible to Vitamin C deficiency. This is also true of people who are regularly exposed to so-called “secondhand smoke.”

Be aware of drug interactions.

Any time you are taking medication or going in for tests, you should inform your doctor and pharmacist of the supplements you take so they can advise you regarding drug interactions.

There is some evidence that large doses (over 1000 mg) of Vitamin C may interfere with blood thinning drugs and may also interfere with some medical testing procedures.

Just to be sure

It is always best to get your vitamins from the foods you eat. However, many health experts recommend that you take a daily Vitamin C supplement of 400-500 mg to fill in the potential gaps in your diet.